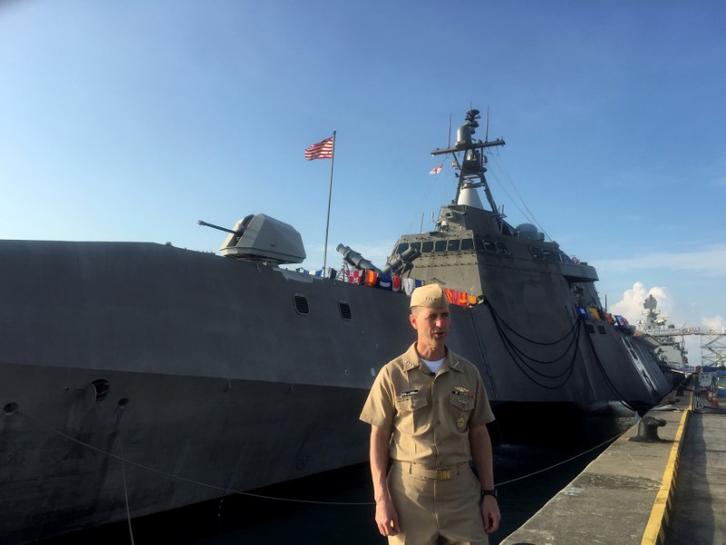 
WASHINGTON (Reuters) – The U.S. Navy’s top officer asked his Chinese counterpart to exert influence on North Korea to help rein in its advancing nuclear and missile programs, a U.S. official said on Thursday.

“Richardson voiced his concern about the nuclear and missile programs and emphasized that China should use its unique influence over North Korea,” said the official, speaking on condition of anonymity.

The call lasted for an hour and the two talked about the need to “work together to address the provocative and unacceptable military behavior by North Korea,” the U.S. Navy said in a statement.

Trump has hoped for greater help from China to exert influence over North Korea, leaning heavily on Chinese President Xi Jinping. The two leaders had a high-profile summit in Florida in April and Trump has frequently praised Xi while resisting criticism of Chinese trade practices.

North Korea recently said it conducted its first test of an intercontinental ballistic missile, and that it had mastered the technology to mount a nuclear warhead on the missile.

The United States has remained technically at war with North Korea since the 1950-53 Korean War ended in an armistice rather than a peace treaty. The past six decades have been punctuated by periodic rises in antagonism as well as rhetoric that has stopped short of a resumption of active hostilities.

Oldest and largest ancient Maya structure found in Mexico
In-home antibody test shows promise; recovering surgery patients at risk from coronavirus
SpaceX, NASA to try again for landmark launch of two astronauts from Florida
Tyson the alpaca takes heavyweight role in search for coronavirus vaccine
Why the environment matters and how the EU helps the Eastern partner countries to protect it