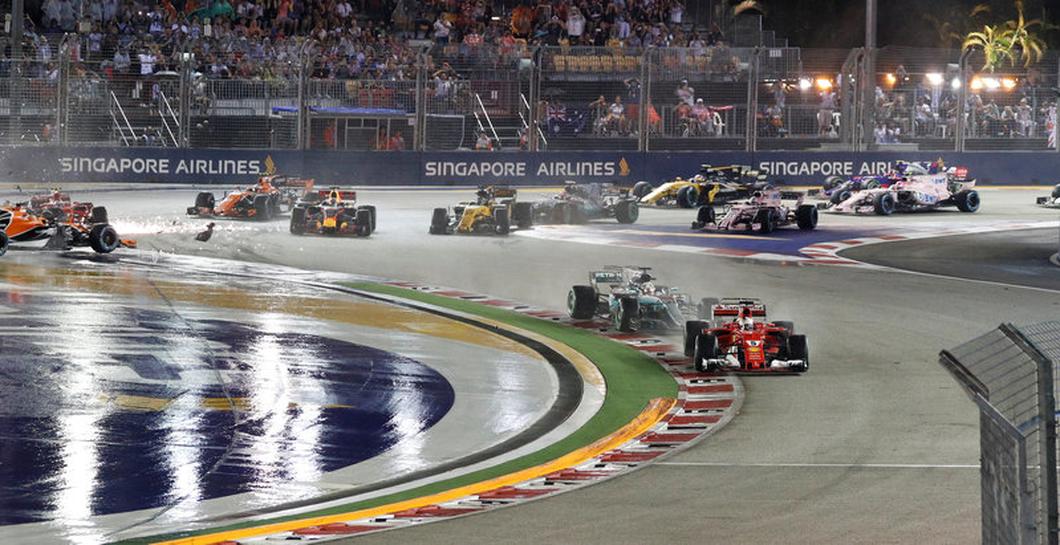 
SINGAPORE (Reuters) – Sebastian Vettel’s hopes of vaulting back into the overall Formula One world championship lead were wrecked by a first corner collision on the opening lap of the Singapore Grand Prix on Sunday.

The German had started on pole position on a wet track but retired with a badly damaged car in an incident that also claimed Ferrari team mate Kimi Raikkonen and Red Bull’s Max Verstappen.

Championship leader Lewis Hamilton, who led Vettel by three points before the start, jumped into the lead from fifth place on the grid.

Red Bull’s Australian Daniel Ricciardo was in second place as the safety car was deployed.