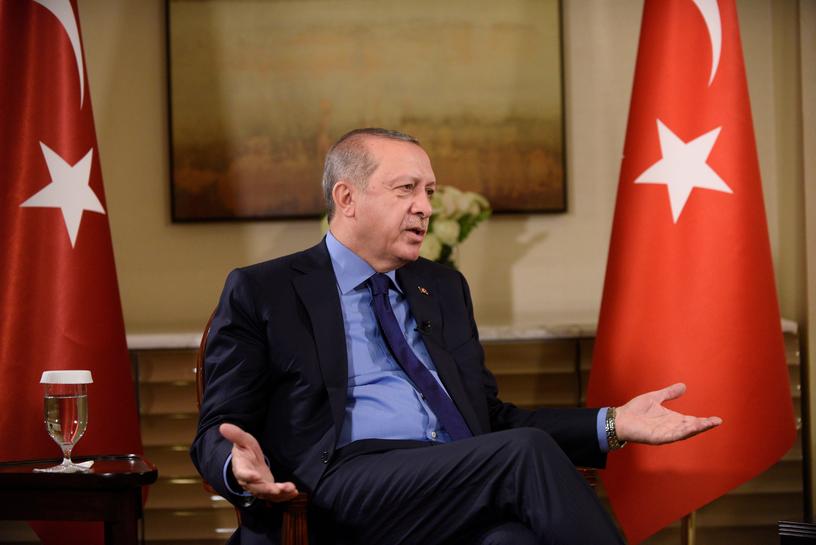 Erdogan, in New York for the United Nations General Assembly, also said the United States was a strategic partner of Turkey that should extradite U.S.-based cleric Fethullah Gulen, whom Erdogan accuses of orchestrating a coup that failed in 2015.

Erdogan warned Washington that a decision to arm YPG Kurdish forces fighting Islamic State in Syria could end up hurting Washington and its allies. Turkey views the YPG as the Syrian extension of the outlawed Kurdistan Workers Party (PKK).

He said in the interview that he hoped political relations with Germany could be improved, praising German Chancellor Angela Merkel for refraining from criticizing Turkey and its policies. He said Turkey’s ties with NATO were strong despite buying S-400 missile system from Russia.