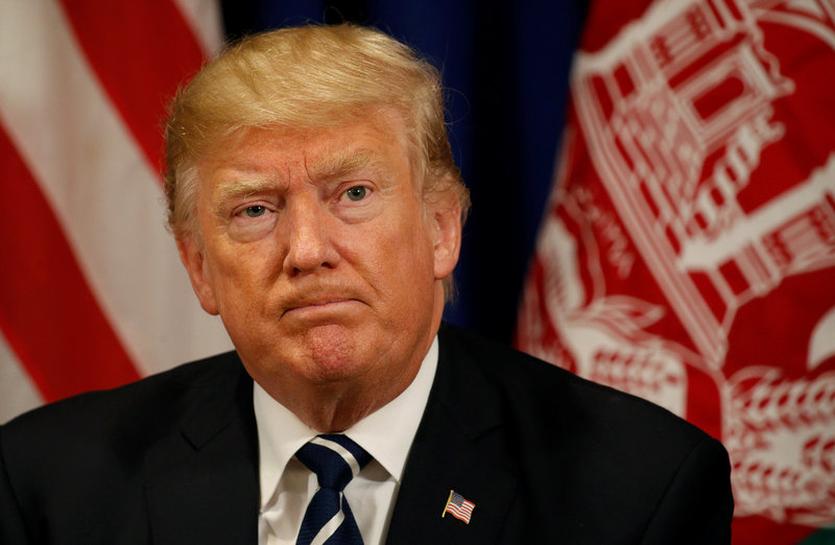 The additional sanctions on Pyongyang showed that Trump was giving more time for economic pressures to weigh on North Korea after warning about the possibility of military action earlier in the week in his first speech to the United Nations.

Asked ahead of a lunch meeting with the leaders of Japan and South Korea if diplomacy was still possible, Trump nodded his head and said, “Why not?”

North Korea has launched dozens of missiles under Kim Jong Un’s leadership as it accelerates a weapons program designed to give it the ability to target the United States with a powerful, nuclear-tipped missile.

Resisting intensifying international pressure, Pyongyang conducted its sixth and largest nuclear test on Sept. 3, and launched numerous missiles this year, including two intercontinental ballistic missiles and two other rockets that flew over Japan.

“Our new executive order will cut off sources of revenue that fund North Korea’s efforts to develop the deadliest weapons known to humankind.”

Trump said North Korea’s textiles, fishing, information technology, and manufacturing industries were among those the United States could target.

He said the order enhanced the U.S. Treasury Department’s authority to target those that conduct “significant trade in goods, services or technology with North Korea.”

“For much too long North Korea has been allowed to abuse the international financial system” to facilitate funding its nuclear and missile programs, Trump said.

The U.N. Security Council has unanimously imposed nine rounds of sanctions on North Korea since 2006, the latest earlier this month capping fuel supplies to the isolated state.

European Union ambassadors have reached an initial agreement to impose more economic sanctions on North Korea, going beyond the latest round of U.N, measures, officials and diplomats said.

Trump warned the North Korean leader in his U.N. address on Tuesday that the United States, if threatened, would “totally destroy” his country of 26 million people.

It was Trump’s most direct military threat to attack North Korea and his latest expression of concern about Pyongyang’s repeated launching of ballistic missiles over Japan and underground nuclear tests.

South Korean President Moon Jae-in, who met with Trump on Thursday and addressed the U.N. General Assembly, said sanctions were needed to bring Pyongyang to the negotiating table and force it to give up its nuclear weapons, but Seoul was not seeking North Korea’s collapse.

“All of our endeavors are to prevent war from breaking out and maintain peace,” Moon said in his speech. He warned the nuclear issue had to be managed stably so that “accidental military clashes will not destroy peace.”

U.S. Treasury Secretary Steven Mnuchin will hold a news briefing at 3 p.m. (1900 GMT) in which he is expected to discuss the Trump administration’s sanctions announcement.

In Geneva, North Korea told a U.N. rights panel that international sanctions would endanger the survival of North Korean children.

Anthony Ruggiero, with the Foundation for Defense of Democracies think tank, said Trump’s order would force banks and firms to choose between North Korea and the United States.

South Korea approved a plan on Thursday to send $8 million worth of aid to North Korea, as China warned the crisis on the Korean peninsula was getting more serious by the day.

The United States and South Korea are technically still at war with North Korea because the 1950-53 Korean conflict ended with a truce and not a peace treaty. The North accuses the United States, which has 28,500 troops in South Korea, of planning to invade and regularly threatens to destroy it and its Asian allies.

Mnuchin has warned China that if it did not follow through on new U.N. sanctions on the North Koreans, Washington would “put additional sanctions on them and prevent them from accessing the U.S. and international dollar system.”

Last month, the Trump administration blacklisted 16 Chinese, Russian and Singaporean companies and people for trading with banned North Korean entities, including in coal, oil and metals.

On Wednesday, U.S. Secretary of State Rex Tillerson said there were “some indications” that sanctions were beginning to cause fuel shortages in North Korea.