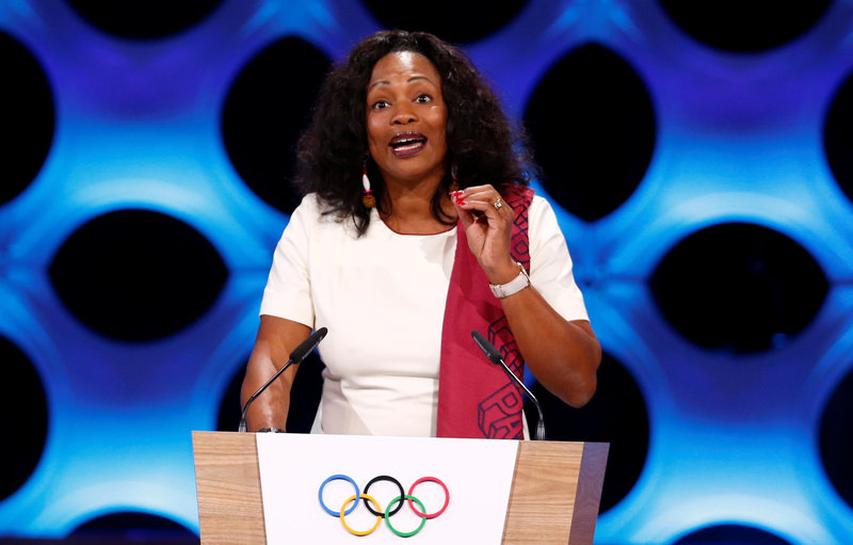 
PARIS (Reuters) – France’s Winter Olympics team will not travel to the 2018 Games in South Korea if its security cannot be guaranteed, French Sports Minister Laura Flessel said on Thursday, raising the first major doubts by a participating country over the event.

Tensions in the region have escalated since reclusive North Korea conducted its sixth and largest nuclear test on Sept. 3, prompting global condemnation.

U.S. President Donald Trump is locked in a stand-off with Pyongyang and has threatened to “totally destroy” the country of 26 million people if the North threatened the United States and its allies, including neighboring South Korea.

On Thursday he ordered new sanctions.

North Korea has threatened to retaliate against any military strike on it.

France’s Flessel told RTL radio that if the crisis deepened and “our security cannot be assured, the French Olympics team will stay at home.” But she added: “We’re not there yet.”

Participants in the Games – the first Winter Olympics hosted by an Asian nation outside Japan – had not previously raised safety concerns publicly.

The games are scheduled for Feb. 9-25 next year in Pyeongchang, just 80km (50 miles) from the demilitarized zone between North and South Korea, the world’s most heavily armed border. The two countries remain technically at war after their 1950-53 conflict ended with a truce and not a peace treaty.

A spokesperson from South Korea’s presidential office declined to respond to Flessel’s comments.

The United States Olympic Committee (USOC) said it was working with all the relevant authorities to ensure its athletes would be safe at the Games in South Korea.

“Each host city presents a unique challenge from a security perspective, and as is always the case, we are working with the organizers, the U.S. State Department and the relevant law enforcement agencies to ensure that our athletes, and our entire delegation, are safe,” said USOC spokesman Patrick Sandusky.

The Canadian Olympic Committee (COC) said the safety of its team was always its main priority.

It has representatives in South Korea and has done site visits but noted that the Canadian government recommends that its citizens should take normal security precautions.

“The safety of our entire Canadian Olympic Team is always our main priority, no matter where the Games are held,” the COC said in a statement emailed to Reuters.

“The Government of Canada does not currently have travel advisories in place for South Korea and recommends that Canadians exercise normal security precautions, which is the lowest of four risk levels.”

Australia, one of Asia’s largest participants at recent Winter Games, was continuing to monitor the situation.

“The safety of our team is of the highest priority but we are comfortable with the priority that the (International Olympic Committee) and the Org Comm are placing on security and safety of the Games and its participants,” the Australian Olympic Committee said in a statement emailed to Reuters.

“We are relying on advice from DFAT (Department of Foreign Affairs and Trade) and working with the Korean Ambassador and if their advice changes, we will advise our team accordingly but for the moment there is no suggestion that the Games will not go ahead or their safety is compromised.”

International Ski Federation chief Gian-Franco Kasper has dismissed any fears among athletes, saying the Pyeongchang Olympics would be the “safest in the world”.

He conceded, however, that ticket sales among overseas visitors could be affected.

The IOC has said it is not contemplating any ‘Plan B’ for the Games.

IOC President Thomas Bach said last week that considering any scenario other than holding the Olympics in South Korea could hamper diplomatic efforts.