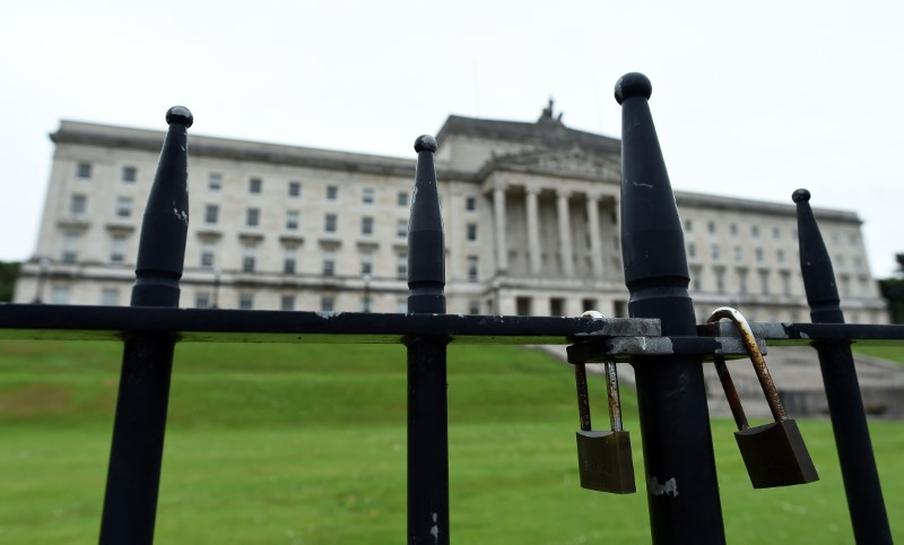 
BELFAST (Reuters) – The British government on Monday extended by 24 hours a deadline for Northern Ireland’s political parties to re-establish a devolved regional executive and avoid London setting the region’s annual budget for the first time in a decade.

A gate is padlocked in front of Stormont Castle in Belfast, Northern Ireland June 28, 2017. REUTERS/Clodagh Kilcoyne

The pro-British Democratic Unionist Party and the Irish nationalist Sinn Fein party made progress in talks on Monday and they will continue talking on Tuesday, the British government’s minister for Northern Ireland James Brokenshire said.

“In the light of this, I believe it is right to defer the assessment on whether to introduce legislation to Parliament this week to enable an executive to be formed,” Brokenshire said in a statement.

“The parties will recommence talks in the morning and I will reassess the position tomorrow night,” he said, adding that the British government would consider “certain additional requests” made by the parties.

Brokenshire had earlier indicated that if there was no deal by the end of Monday it would move to pass an annual budget for the region to ensure essential services are funded.

A budget set by the British government would be a major step towards direct rule from London for the first time in a decade, which observers have warned could destabilize a delicate political balance in the region.

The DUP and Sinn Fein have shared power for the past decade in a system created following a 1998 peace deal which ended three decades of violence in the province.

But Sinn Fein in January pulled out complaining it was not being treated as an equal partner.

Talks between Sinn Fein and the DUP have stalled in recent weeks, in large part over proposals to improve the rights of Irish language speakers.

Ahead of the talks, Sinn Fein regional assembly member Conor Murphy said the government could only be reformed “on the basis of equality, rights and respect”, which would require concessions from the DUP.

While the DUP also said it wanted to see the executive re-established, ahead of the talks it called for London to bring forward the budget “to bring a measure of good government to Northern Ireland”.

Neither party spoke to assembled media on the state of the talks on Monday evening.

The outcome of talks was not expected to have an impact on the DUP’s agreement to support British Prime Minister Theresa May’s government in the British parliament.

Musk's SpaceX set for debut astronaut mission, renewing NASA's crewed launch program
Elon Musk's SpaceX raises $346 million ahead of debut astronaut mission
13 project teams from UWC schools and the African Leadership Academy will be taking part in the 2020 Young Aurora
Gagik Khachatryan was deprived of the constitutional right to healthcare. A report was filed about the crime
Sedrak Asatryan. “Business and the business environment are being dismantled”