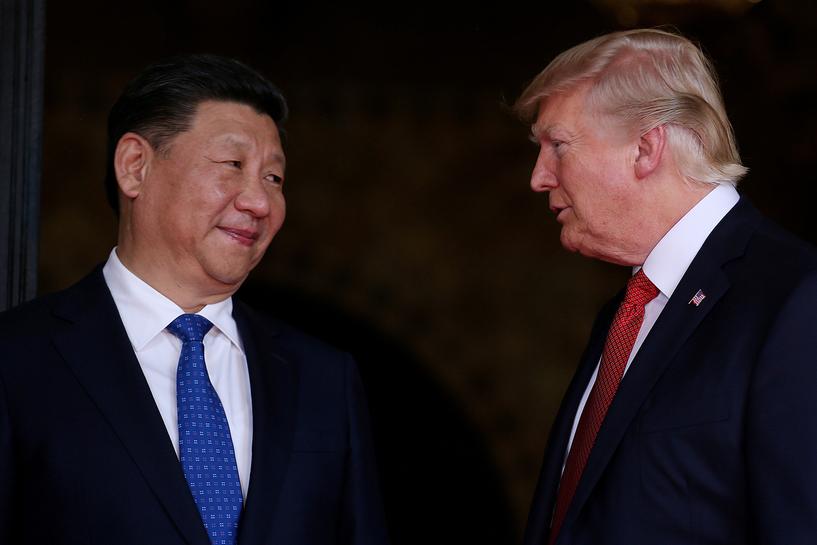 North Korea and trade are expected to dominate Trump’s trip, with the U.S. leader likely to push Chinese President Xi Jinping to do more to rein in Pyongyang’s nuclear and missile programs and address China’s large trade surplus with the United States.

The ruling Communist Party’s official People’s Daily said in a commentary that as China becomes strong, it won’t repeat “old fashioned zero-sum thinking” in handling ties, but will work with the United States to construct a cooperative and mutually profitable relationship with no conflict.

“The two sides should respect one another’s interests, maintain close communication and consultation, and make unremitting efforts to promote a thorough resolution of the Korean Peninsula nuclear issue.”

Trump heads to China later on Wednesday after visiting Japan and South Korea in the first legs of his marathon Asian tour.

Trump’s attempt to make a surprise visit to the heavily fortified border separating North Korea and South Korea was aborted on Wednesday after dense fog prevented his helicopter from landing at the doorstep of the North Korean nuclear standoff.

The China Daily, in an editorial which preceded the announcement of the abortive Trump trip to the border, said Trump not going to the Demilitarised Zone (DMZ) and North Korea not recently carrying out any nuclear or missile tests was a “hopeful sign that both prefer to find a peaceful solution to their predicaments”.

China has promised a “state visit plus” for Trump, and while having not released any details, Beijing is attaching great importance to the visit.

Trump is expected to go to the Forbidden City, possibly guided by Xi.

“Such hospitality is rarely seen in modern China,” influential tabloid the Global Times, published by the People’s Daily, said in its editorial.

“Beijing’s enthusiasm reflects the most positive part of the attitude that the diversified world holds toward the U.S., and the realistic international outlook of the rising China.”

Strange Situation: Two Contradictory Statements
Armenian Turned Shameful Page of Weapons of 80s
Appeal to the Jewish People from the Forum of Refugees from Azerbaijan SSR
I Did Pronounce Names: Nikol Pashinyan on Hybrid Coup Preparations
I Prayed First Time in My Life, Begging to Save Me: Survivor of Massacres of Armenians in Baku