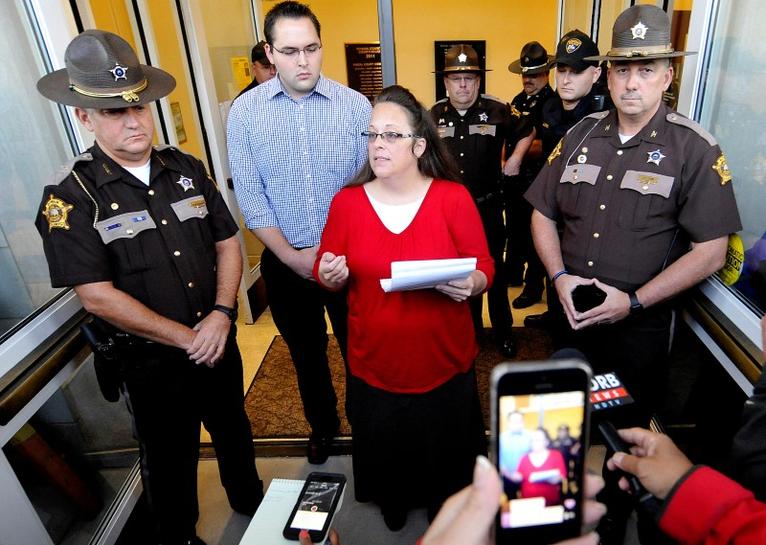 
LOUISVILLE, Ky. (Reuters) – The Kentucky county clerk who drew worldwide attention for her refusal to issue marriage licenses to gay couples two years ago will run for re-election next year, her attorney said on Tuesday.

Rowan County Clerk Kim Davis will run to retain her seat in 2018 despite suggestions from some people that she run for a higher local or statewide political position, said Mat Staver, founder of Liberty Counsel.

Staver’s organization represented Davis in the resulting lawsuit filed by four couples against her.

“She’s not interested in any other office,” Staver said.

Last month, Davis and a representative of Liberty Counsel traveled to Romania, where those against same-sex marriage seek a referendum on the issue this fall, to meet with religious and political leaders, Staver said.

Davis’ case in 2015 drew hundreds of protesters and supporters to her office in Morehead, in rural eastern Kentucky. While she was in jail, then-Republican presidential candidates Mike Huckabee and Ted Cruz visited her.

Less than a month after she was released from jail, Davis, who won election to the office in 2014 as a Democrat, changed her affiliation to the Republican Party.

Rowan County Democratic party officials could not be reached for comment.

Prior to her election, Davis served as a deputy to her mother, Jean Bailey, who served as the county clerk for nearly four decades.

After her case, Kentucky lawmakers removed all county clerks’ names from the state marriage license form. A federal judge later ruled that while the new law made the suits against her moot, the couples’ attorneys were still entitled to legal fees.

The earliest Davis will be able to file for re-election is Wednesday, according to the Kentucky Secretary of State’s office.