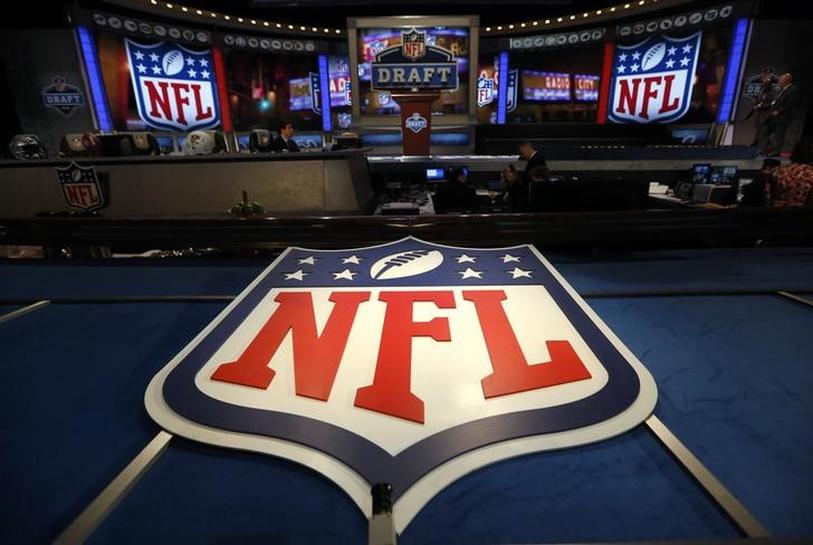 
(Reuters) – The National Football League said on Tuesday it opposes a tax bill proposed by U.S. House of Representatives Republicans that could force teams to put up more of their own money to fund stadium construction.

FILE PHOTO: The NFL logo and set are seen at New York’s Radio City Music Hall before the start of the 2013 NFL Draft April 25, 2013. REUTERS/Shannon Stapleton

Under the legislation unveiled last week, local governments could no longer fund the building or renovation of professional sports stadiums by issuing tax-exempt, public-purpose bonds, the sort of bonds typically used to fund schools, libraries and public transit.

According to the NFL, building new stadiums enhances economic development in cities that are home to the venues and federal tax breaks should be available.

“You can look around the country and see the economic development that’s generated from some of these stadiums,” NFL spokesman Joe Lockhart told a conference call.

“These sorts of infrastructure projects have a long history and the benefits of them are obvious in many of our communities around the country, so we will continue to make our opposition known on that.”

President Donald Trump has called for an end to the subsidy, at least for the NFL, after some of its players angered the Republican president by kneeling during the national anthem to protest racial bias in the criminal justice system. His Democratic predecessor, Barack Obama, also proposed ending the tax break for stadiums in 2015.

A report last year by the Brookings Institution, the Washington-based social sciences research group, found that of the 45 major-league stadiums built or overhauled since 2000, 36 were at least partly funded by tax-exempt municipal bonds.

The NFL’s Oakland Raiders are expected to begin playing in Las Vegas in 2020 and construction on a new stadium is already underway. Lockhart refused to what, if any, impact the bill could have on the viability of the new stadium.

“That is a hypothetical at this point and we’d have to see how the final bill comes out,” he said.

“What gets proposed out of the writing committee from the party in control very often is not what is eventually signed into law, so we’ll have to see where that goes.”

Reporting by Frank Pingue in Toronto; Editing by Dan Grebler