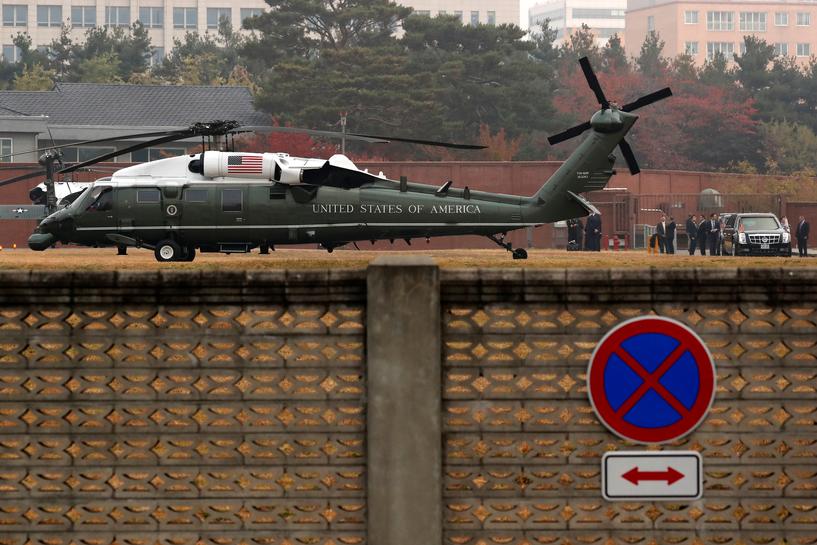 
SEOUL (Reuters) – U.S. President Donald Trump abandoned an unannounced visit to the heavily fortified demilitarized zone (DMZ) between North and South Korea due to bad weather on Wednesday, the last day of his visit to the South, a spokeswoman said.

White House senior staff discuss the situation as U.S. President Donald Trump sits in his car after being grounded from an attempt to visit the Demilitarized Zone (DMZ) in the truce village of Panmunjom dividing North Korea and South Korea, at a U.S. military post in Seoul, South Korea, November 8, 2017. REUTERS/Jonathan Ernst

The U.S. president made two attempts to reach the DMZ but was forced to cancel the trip due to fog, she said.