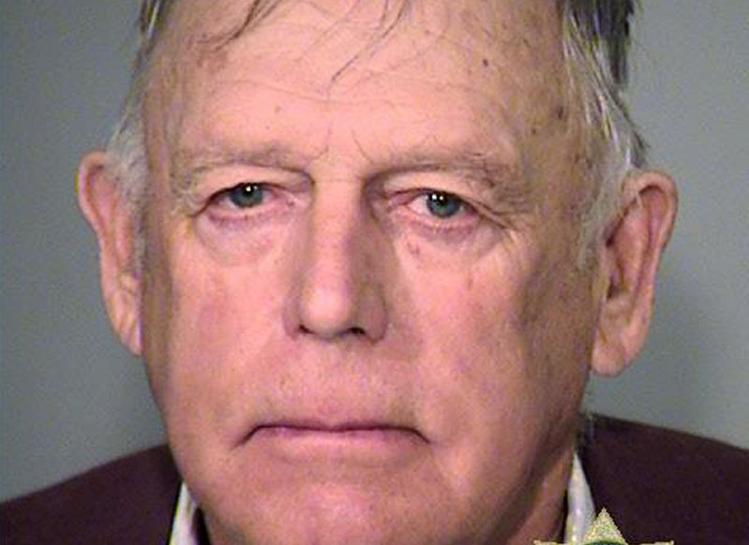 
LAS VEGAS (Reuters) – A federal judge on Monday rejected an 11th-hour bid by Nevada rancher Cliven Bundy to dismiss criminal charges he faced for a 2014 armed standoff against federal agents, finding no basis for defense claims that prosecutors concealed evidence.

The ruling by U.S. District Judge Gloria Navarro paved the way for the trial of Bundy, 71, and his three co-defendants, including sons Ammon and Ryan Bundy, to proceed with opening statements on Tuesday in a trial expected to last through February.

All four men are accused of conspiring to use the threat of force to prevent a court-ordered impoundment of Cliven Bundy’s cattle, which the government said had trespassed on federal land after the rancher refused for 20 years to pay his grazing fees and assessments.

The dispute marked a flashpoint in long-simmering tensions over federal control of public lands in the West and a rallying cry for militia groups challenging U.S. government authority in the American West.

Answering Bundy’s call for help, hundreds of followers – many heavily armed – descended on his ranch near Bunkerville, Nevada, about 75 miles (120 km) northeast of Las Vegas, in April 2014, demanding that his livestock be returned.

Outnumbered law enforcement officers ultimately retreated rather than risk bloodshed, and no shots were ever fired.

Jury selection was completed on Nov. 2, but Navarro delayed openings statements after defense attorneys raised questions about video footage they said may have been recorded by the Federal Bureau of Investigation near Bundy’s ranch.

The Bundys said prosecutors had failed to furnish the defense video evidence in violation of pretrial discovery rules.

The government said a surveillance camera was used for a live video feed before the standoff but no recordings or notes were ever made. The judge denied the defense motion to dismiss the case.

The judge also granted a request by Ryan Bundy to be released from jail to the custody of a halfway house for the duration of the trial, according to Trisha Young, a spokeswoman for the acting U.S. Attorney for Nevada, Steven Myhre.

The reasoning behind her decision, a reversal of a previous ruling, was not immediately clear as most of Monday’s proceedings were held in closed session.

A separate trial last year ended with Ammon and Ryan Bundy acquitted with five other people of conspiracy charges stemming from a 2017 armed takeover of a federal wildlife center in Oregon.

Armenia Was Right: Co-chairs Supported Mammedyarov
Judge Vahe Grigoryan: This Is a Brave and Historic Step
Nobody Has Recorded that My Tenure Ended: Judge Gyulumyan
The online program “Step Towards Home” has launched
International competition for the development of Gyumri Friendship Park architectural solutions kicks off in Armenia