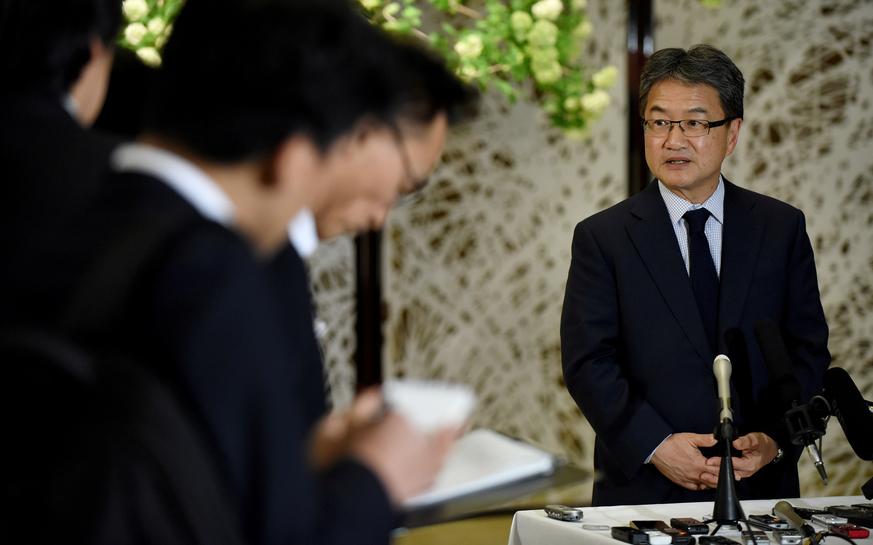 
SEOUL (Reuters) – The United States’ top negotiator with North Korea arrived in South Korea on Tuesday, a visit that comes as hopes rise for an easing of tensions on the peninsula in the wake of U.S. President Donald Trump’s visit and a lull in missile testing.

Special Representative for North Korea Policy Joseph Yun will meet with South Korean and international officials, according to the U.S. State Department, although there is no indication his visit will include talks with the North.

Seoul’s foreign ministry said Yun is scheduled for talks with his South Korean counterpart Lee Do-hoon on Friday on the sidelines of an international conference on disarmament, jointly hosted by the ministry and the United Nations on the resort island of Jeju.

South Korea-born Yun has been at the heart of reported direct diplomacy in recent months with Kim Jong Un’s regime in North Korea, which accelerated its program of nuclear and missile testing earlier this year.

Using the so-called “New York channel,” he has been in contact with diplomats at Pyongyang’s United Nations mission, a senior State Department official told Reuters in early November.

Even as Trump called talks a waste of time, Yun has quietly tried to lower the temperature in a dangerous nuclear stand-off in which each side shows little interest in compromise.

In a speech to the Council on Foreign Relations on Oct. 30, Yun reportedly said that if the North halts nuclear and missile tests for about 60 days, it would be a sign that Washington needs to seek a restart of dialogue with Pyongyang.

After several months of unprecedented testing earlier this year, North Korea has not fired a rocket or tested a nuclear weapon since it launched a ballistic missile over Japan on Sept. 15.

Some analysts say it is too early to read much into the break in testing, which is the longest lull so far this year, but could align with seasonal cycles.

And there is no sign that the behind-the-scenes communications have improved a relationship vexed by North Korea’s nuclear and missile tests as well as Trump’s heated statements.

During his visit to Seoul last week, Trump warned North Korea he was prepared to use the full range of U.S. military power to stop any attack, but in a more conciliatory appeal than ever before he urged Pyongyang to “make a deal” to end the nuclear standoff.

Trump also urged North Korea to “do the right thing” and added that: “I do see some movement”, though he declined to elaborate.

While his comments seemed to reassure many in South Korea, North Korea’s foreign ministry called Trump a “destroyer of the world peace and stability,” and said his “reckless remarks” only made the regime more committed to building up its nuclear force.

Trump muddied the water later on his Asia visit by Tweeting that North Korean leader Kim had insulted him by calling him “old” and said he would never call Kim “short and fat”.

He also said “it would be very, very nice” if he and Kim became friends.

“It is indeed noteworthy that the President, at several junctures, seemed to open the door to negotiations with North Korea,” said David Pressman, a partner at the law firm Boies Schiller Flexner who helped lead North Korea sanctions negotiations as ambassador to the United Nations under former President Barack Obama.

“However, it is entirely unclear if the President’s suggestions are reflective of a strategic shift or merely reflective of what the last person he happened to speak with about North Korea said before the President made those comments.”