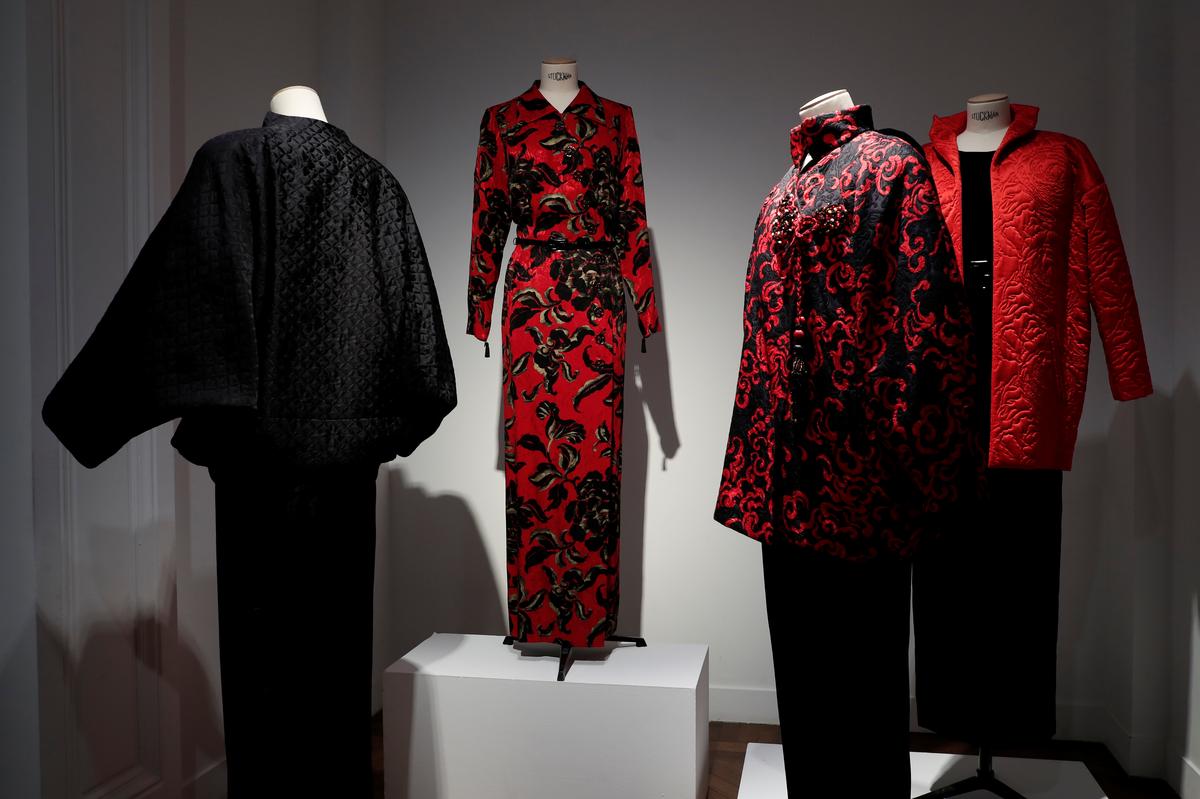 
PARIS (Reuters) – A beaded dress worn by Catherine Deneuve when she first met Alfred Hitchcock in 1969 are among dozens of glamorous gowns up for auction next week in Paris, where the French actress is due to part with her Yves Saint Laurent collection.

Close to 130 one-of-a-kind styles crafted by the late designer for Deneuve, a close friend, will go on sale at Christie’s on Jan. 24. They include red carpet looks like a shimmering gold number worn by Deneuve to the Oscars, which is expected to fetch between 2,000 to 3,000 euros ($3,400).

The ‘Belle de Jour’ actress, a fashion fan often spotted among guests at Parisian catwalk shows, is selling the designs after parting with a house in Normandy, northern France, where she had stored them for decades.

“When she found herself in possession of all these clothes, she didn’t have cupboards in Paris big enough to hold them all,” said Francois de Ricqles, president of Christie’s France.

Deneuve, 75, has not said what the funds raised would be for.

Saint Laurent – one of the 20th centuries’ most influential designers, who popularized tuxedos for women, or “Le Smoking” – died in 2008. He and Deneuve met when the actress was only 22, and remained close.

“She was there during all the important moments of his career, in the first row of the audience at fashion shows – he would kiss her right after he’d taken his bow,” said Camille de Foresta, a sales coordinator at Christie’s.

“He gave her strength and confidence, because she said that wearing Yves Saint Laurent clothing was like wearing a light armor.”

I Did Pronounce Names: Nikol Pashinyan on Hybrid Coup Preparations
Armenian Turned Shameful Page of Weapons of 80s
Winner of Converse Bank and MasterCard joint campaign will travel to Disneyland Paris
You are coming to build the new future of ARMBUSINESSBANK
To train more workers, companies turn to virtual reality