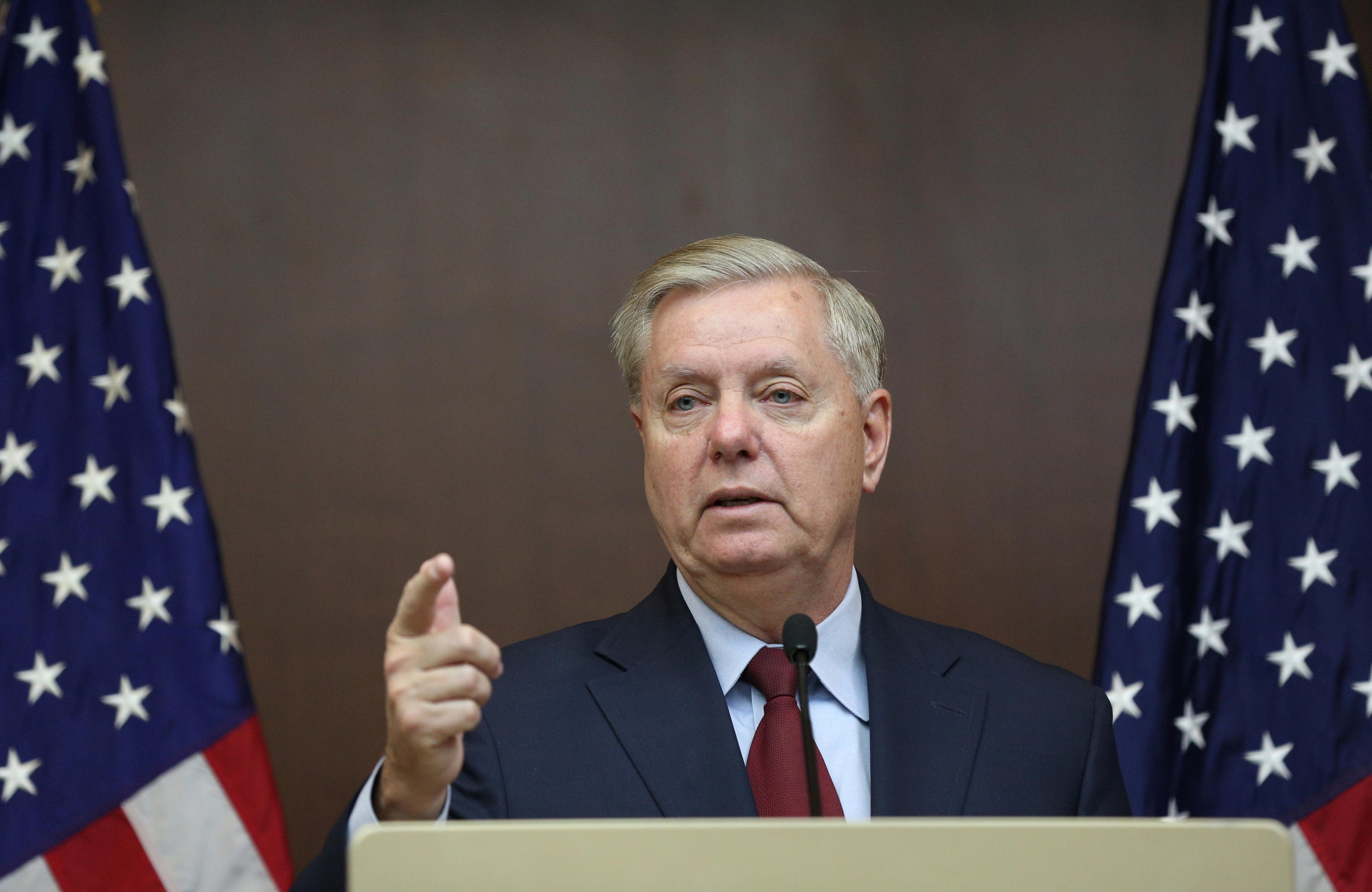 
ANKARA (Reuters) – U.S. Senator Lindsey Graham said on Saturday he hoped President Donald Trump would slow the U.S. withdrawal from Syria until Islamic State is destroyed, warning that, if not thought through, the pullout can create an “Iraq on steroids”.

Speaking in Ankara, Graham also said he believed U.S. Chief of Staff Joseph Dunford was working on a plan with Turkey to move Kurdish YPG elements away from the Turkish border.

Trump announced last month that Islamic State had been defeated in Syria and he would pull U.S. forces out of the country.

The decision injected new uncertainty into the eight-year-long Syrian war and spurred a flurry of contacts over how a resulting security vacuum will be filled across northern and eastern Syria where the U.S. forces are stationed.

The withdrawal of U.S. troops from Iraq by the end of 2011, nine years after the 2003 U.S-led invasion, left space for the rise of Islamic State militants, prompting the United States to intervene again.

A bomb attack this week claimed by the militant group killed two U.S. troops and two civilians working for the U.S. military in northern Syria, along with other civilians.

The attack in Manbij appeared to be the deadliest on U.S. forces in Syria since they deployed on the ground there in 2015. The town is controlled by a militia allied to U.S.-backed Kurdish forces.

It remains unclear when U.S. forces will leave northern Syria, where both Turkey and the Syrian government of Bashar al-Assad are ready to fill the vacuum. The YPG militia allied to the fighters holding Manbij last month invited Assad into the area around the town to forestall a potential Turkish assault.

Erdogan said last week he had discussed a safe zone with Trump, which Turkey would set up inside Syria along their border.

“Here’s the good news: General Dunford, I think, has a plan that he’s working on with the Turkish military that can accomplish these objectives and they are to move the YPG elements away from Turkey,” said Graham, adding heavy armaments should be taken from the Kurdish groups.

Turkey says the YPG is a terrorist organization and an extension of the outlawed Kurdistan Workers Party (PKK).

Graham also said the political arm of the YPG was interlinked and interconnected with the PKK, which has waged a decades-long insurgency on Turkish soil.

“A withdrawal that does not outline the points I have made will not end the war against ISIS (Islamic State), it will start a new war,” he said.

“This war will be a necessity by Turkey, to go into Syria and clear out armed elements that Turkey believes poses a threat to its sovereignty.”

A Turkish official told Reuters that the United States should consider Turkey’s priorities, not those of the YPG.

“After (Graham’s) meetings in Turkey, (with) Erdogan and other officials, we hope the U.S. will understand more the situation,” the official said.