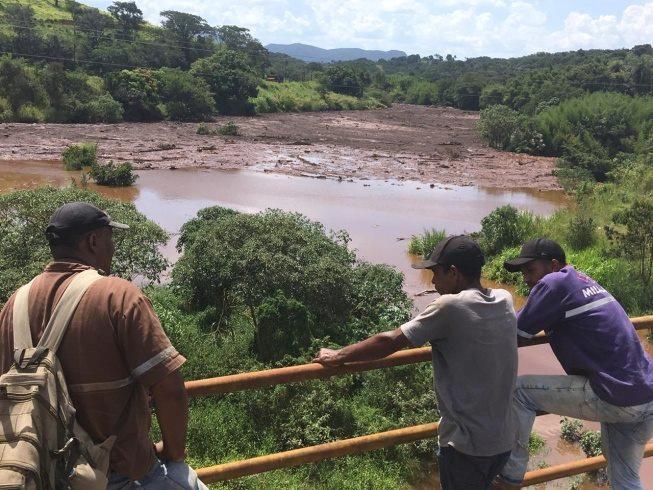 Brazilian rescue workers on Saturday were searching for roughly 300 people missing after a tailings dam burst at a Vale iron ore mine in the town of Brumadinho in Minas Gerais state. Ten bodies have been recovered.

Brazil is still reeling from the 2015 collapse of a larger dam, owned by the Samarco Mineracao SA joint venture between Vale and BHP (BHP.AX) (BHPB.L), that killed 19 people in the South American nation’s worst environmental disaster.

Lawyers representing victims of the Samarco dam collapse say the financial implications of the new tragedy are open-ended and potentially crippling for Vale. “This calls into question the financial viability of Vale going forward because of the sheer scale of their potential liabilities,” Tom Goodhead, a lawyer at SPG Law, told Reuters.

The firm, a British offshoot of a U.S. litigator, is engaged in legal action on behalf of hundreds of thousands affected by the Samarco disaster.

Vale Chief Executive Officer Fabio Schvartsman said the company did everything possible to verify all its dams were safe, in the aftermath of the 2015 dam burst. State prosecutors have requested that 5 billion reais ($1.33 billion) in Vale’s accounts be frozen to be directed toward efforts to pay for damages from Friday’s dam burst, saying they expected more assets to be frozen.

With the prospect of class action suits from shareholders as well as possible criminal and civil suits in Brazil, liabilities could easily exceed the initial provision.

Last year, Vale settled a 20 billion reais ($5.4 billion) civil claim with local authorities to establish a clean-up fund for Samarco. Federal prosecutors suspended but have not closed an even larger lawsuit.

One investor at a major bank, speaking on condition of anonymity, said he could no longer consider investing in Vale or BHP because of the ongoing risk of Samarco liability. BHP said it had no comment on Saturday.

Vale is a member of the International Council on Mining and Metals (ICMM), which seeks to establish best practice guidelines. Following the Samarco dam burst, the ICMM issued updated guidelines its members must should follow to try to safeguard tailings dams used to store waste left over from mining operations.

“It goes without saying that we still have lessons to learn from this disaster, and we will need to do everything we can to incorporate those lessons across the industry,” ICMM CEO Tom Butler said on Saturday in an email.

“Our thoughts are with those affected by what appears to be a major and tragic dam failure.”

Engineers at other companies, who declined to be named, said tailings dams can be safe, especially if as much water as possible is removed. But they added that Bolsonaro, who took office at the beginning of this year, was likely to come under popular pressure to enforce tough regulation, despite his promises to run a business-friendly government.