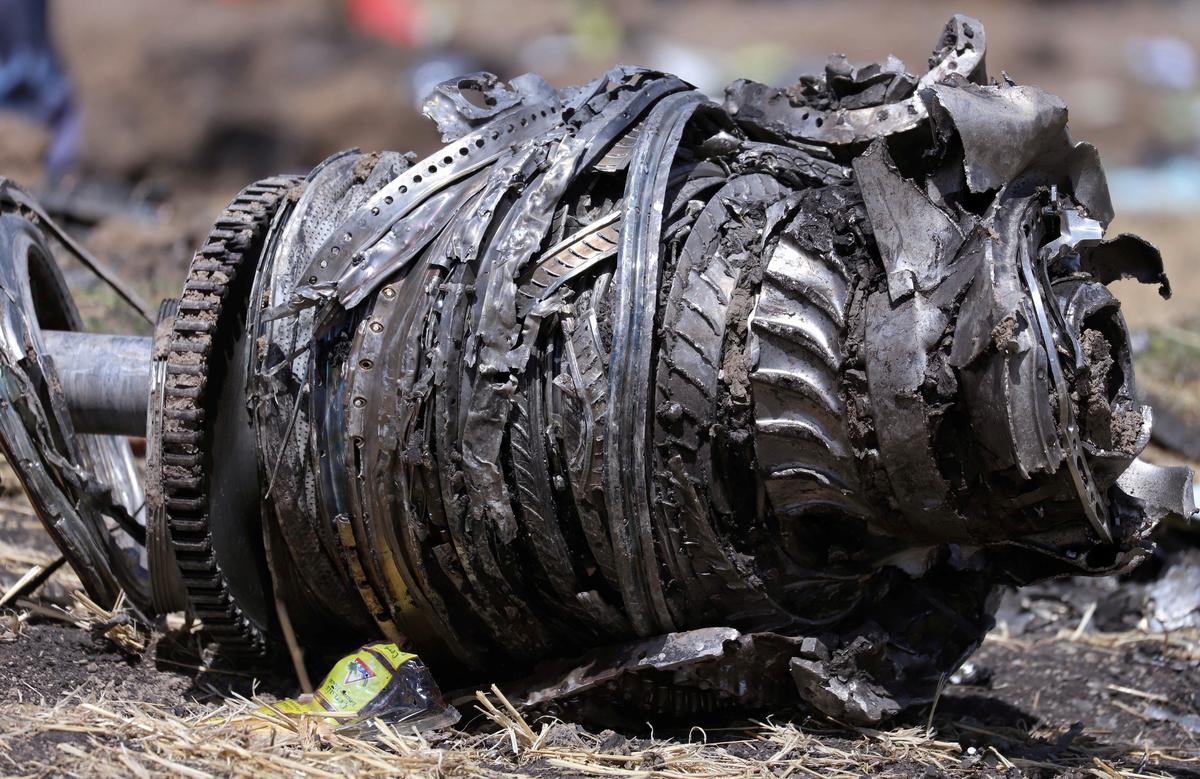 
SEATTLE/PARIS (Reuters) – Boeing anti-stall software on a doomed Ethiopian Airlines jet re-engaged and pushed the jet downwards after the pilots initially turned it off due to suspect data from an airflow sensor, two people familiar with the matter said.

It was not immediately clear whether the crew chose to re-deploy the MCAS system, which was designed to push the nose of the 737 MAX down to prevent one kind of emergency but which is suspected of exacerbating a scenario linked to two crashes.

But investigators are studying the possibility that the software kicked in again without human intervention, one person with knowledge of the matter said, while a second said the software had engaged as many as four times.

A third person familiar with the initial findings of an investigation into the cause of the crash, confirmed the software had fired up again, but said there was only one significant episode after the crew turned it off.

Boeing’s anti-stall software is at the center of investigations into last month’s Ethiopian Airlines crash and a Lion Air accident in Indonesia in October that together killed a total of 346 people. [nL1N21J1EE]

People familiar with the investigation have said the anti-stall software – which automatically pushes the aircraft’s nose down to guard against a loss of lift – was activated by erroneous ‘angle of attack’ data from a single sensor.

The investigation has now turned toward how MCAS was initially disabled by pilots, in line with part of a cockpit checklist procedure, but then appeared to start working again before the jet plunged to the ground, the people said.

A directive issued after the Indonesian crash instructed pilots to use cut-out switches to disengage the system in the event of problems and then leave it switched off.

Doing so does not shut down the MCAS system completely but severs an electrical link between the software and other aircraft systems, a person familiar with the technology said.

Investigators are studying whether there are any conditions under which MCAS could re-activate itself automatically, without the pilots reversing the cut-out maneuver. Boeing is in the midst of upgrading the software and adding extra training.

Investigators will also look at whether the crew carried out all aspects of the procedure, including a recommendation to stabilize the plane before turning the crucial software off.

The pilots maneuvered the plane back upwards at least two times before hitting the stabilizer cut-out switches to disable the system, the second person familiar with the matter said.

However, initial flight data indicates the aircraft was flying nose-heavy and not in a “neutral” attitude when pilots hit the stabilizer cutout switches to disable the MCAS system, the person added, making the situation harder to manage.

After the pilots turned off MCAS, the airplane over the next few minutes gained roughly 2,000 feet, but dived into the ground after the MCAS system intervened again for reasons that remain unclear pending a preliminary report expected within days.

Safety experts stress accidents are usually caused by a combination of factors and the probe is at an early stage.