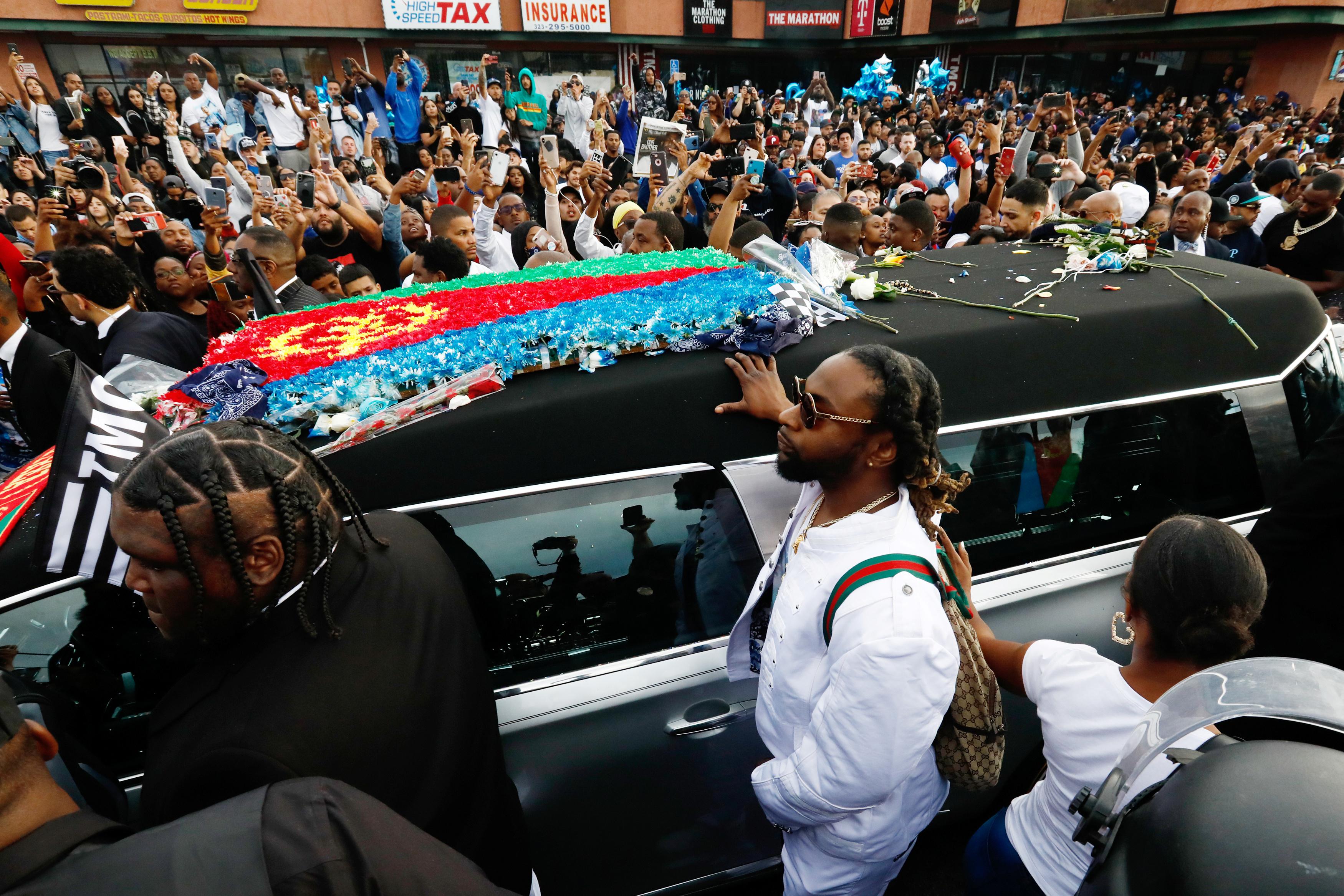 Obama wrote a letter to the family that was read by Karen Civil, Hussle’s friend and business partner. The former president praised Hussle’s attempts to revitalize the gang-plagued neighborhood where he was raised, and where he was gunned down last month.

“While most folks look at the Crenshaw neighborhood where he grew up and see only gangs, bullets and despair, Nipsey saw potential. He saw hope,” Obama’s letter said, referencing his efforts to build a skills-training center and a co-working space.

The 21,000-capacity Staples Center, a sports and pop concert venue, was packed with fans wearing white and blue for the three-hour memorial. It was followed by a 25-mile (40-km) procession through the streets of south Los Angeles.

Hussle, 33, was shot on March 31 outside a clothing store he owned in south Los Angeles. Last week, a stampede erupted at a local vigil for Hussle after reports of a gunman in the crowd.

“For God so loved the world, that he gave us a good Crip, the late great neighborhood Nip. Rest in peace,” Snoop Dogg said. He called the Grammy-nominated singer “a peace advocate” because of his work with all members of the community.

Wonder played his 1980 hit “Rocket Love” and a version of Eric Clapton’s “Tears in Heaven.”

Nation of Islam leader Louis Farrakhan said Hussle has become “to hip hop and rap what Bob Marley was to reggae.”

“He lived the gang life but he didn’t stay there. He lived the life of the ‘hood but he rose above the pull of gravity,” Farrakhan said in a speech.

Hussle’s two year-old son, dressed in a blue suit, was brought on stage in the arms of the musician’s girlfriend, model Lauren London.

A 29-year-old man last week pleaded not guilty to murder charges. Police said Hussle’s shooting was motivated by a personal dispute, although it took place in a surge of gang-related violence in south Los Angeles in March.

Hussle, whose real name was Ermias Asghedom, was Grammy-nominated earlier this year for his debut studio album “Victory Lap.”