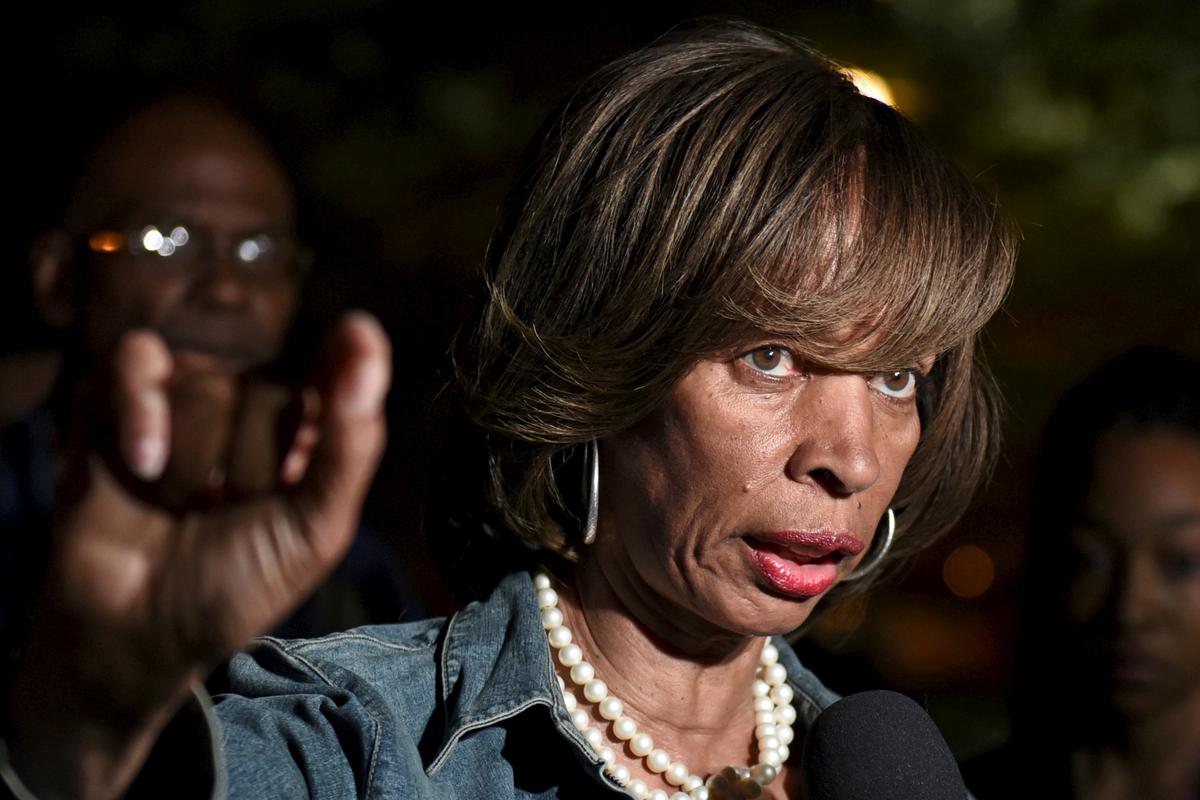 
(Reuters) – Baltimore Mayor Catherine Pugh, whose home and offices were raided by federal agents last week as part of an investigation into her financial dealings, abruptly resigned on Thursday.

Pugh, a Democrat and former state lawmaker, apologized for harming the city’s image in a statement read by her lawyer.

“I am confident that I have left the city in capable hands for the duration of the term to which I was elected,” Pugh, 69, said in her resignation letter. City Council President Bernard “Jack” Young becomes acting mayor.

Pugh’s statement and formal resignation letter were read by attorney Steve Silverman at a news conference outside his Baltimore office. Pugh, who has rarely been seen in public since taking medical leave on April 1, did not attend.

Agents from the Federal Bureau of Investigation and Internal Revenue Service searched Pugh’s home and offices on April 25 following a string of investigative stories in the Baltimore Sun newspaper beginning in mid-March about her financial dealings.

The newspaper reported that Pugh had been paid at least $500,000 by the University of Maryland Medical System, where she sat on the board, for her self-published children’s books about a character named “Healthy Holly.”

Pugh, who initially defended the book deal, called the arrangement a “regrettable mistake” at a March 28 press conference. She announced her leave two days later, saying she was suffering from pneumonia.

“This was the right decision, as it was clear the mayor could no longer lead effectively. The federal and state investigations must and will continue to uncover the facts,” Maryland Governor Larry Hogan said on Twitter.

Young, who has served as acting mayor during Pugh’s month-long absence, said in a separate statement that he learned only on Thursday afternoon that she was stepping down.

“I believe this action is in the best interest of Baltimore,” Young said. Although I understand that this ordeal has caused real pain for many Baltimoreans, I promise that we will emerge from it more committed than ever to building a stronger Baltimore.”

Pugh was elected to a four-year term as mayor in 2016 after gaining prominence as a state lawmaker during protests over the 2015 death in police custody of a 25-year-old black man, Freddie Gray.

Following the law enforcement raids, 14 of the 15 Baltimore City Council members urged Pugh to resign. Young did not sign the letter. Hogan, a Republican, also called for her to quit.