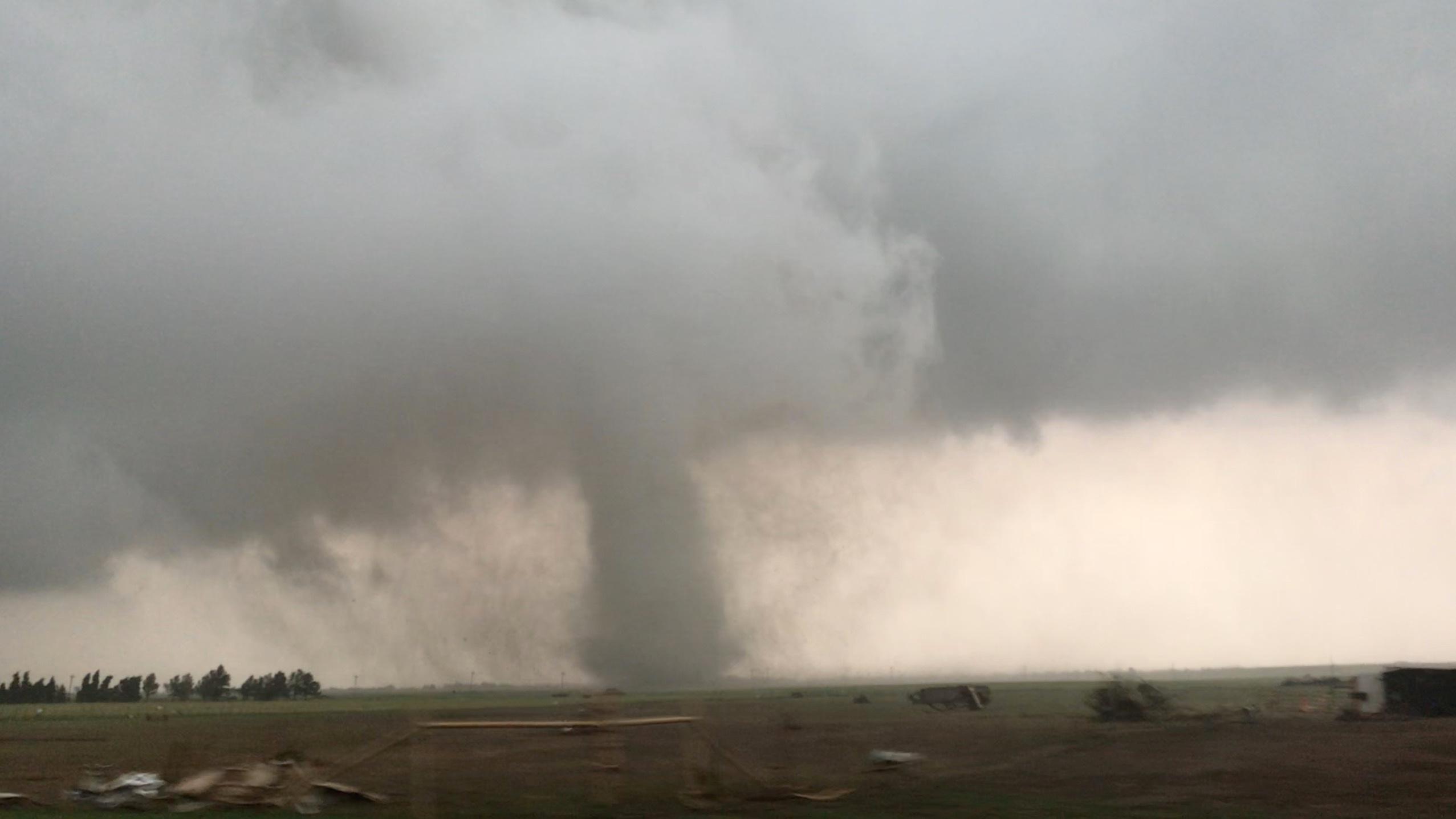 
(Reuters) – Dozens of people were rescued from rising waters and felled trees that smashed homes and blocked roadways in Oklahoma, as severe storms generating tornadoes and heavy rain roared through central United States on Tuesday.

Only the tops of cars engulfed by water were visible on roadways near Oklahoma City, and some houses were entirely surrounded by floods, video footage of the location showed.

“It’s real dangerous,” said Ross Reuter, a spokesman for Canadian County, where 10 people were rescued. “Motorists get out into the swift water, thinking they can get across and it ends up being deeper than they think.”

Parts of the state have received six to eight inches (15-20 cm) of rain since Monday, and some 4 million people remained under a flash flood warning or watch in the region, the National Weather Service said.

A twister that touched down early on Tuesday near Tulsa International Airport was among more than two dozen that have ripped through the region since Monday, according to the NWS.

“We have lots of reports of damage coming in. There is a lot of tree damage. Very large trees have been uprooted that are blocking roads and that have landed on houses,” said Sarah Corfidi, an NWS meteorologist.

The NWS said 22 million people were in the path of the severe weather system that was expected to move across Texas and Louisiana, into Alabama and as far north as Iowa and Nebraska all day and into the night on Tuesday.

On Monday, the NWS said the risk of tornadoes in the region was higher than at any time in years.

A new storm system was brewing and could hit the same southern states later this week.

“The whole area is in the bull’s eye, with more rounds of severe storms possible,” the forecaster said.

Reporting by Rich McKay in Atlanta and Brendan O’Brien in Milwaukee; Editing by Scott Malone, Jeffrey Benkoe and Bernadette Baum