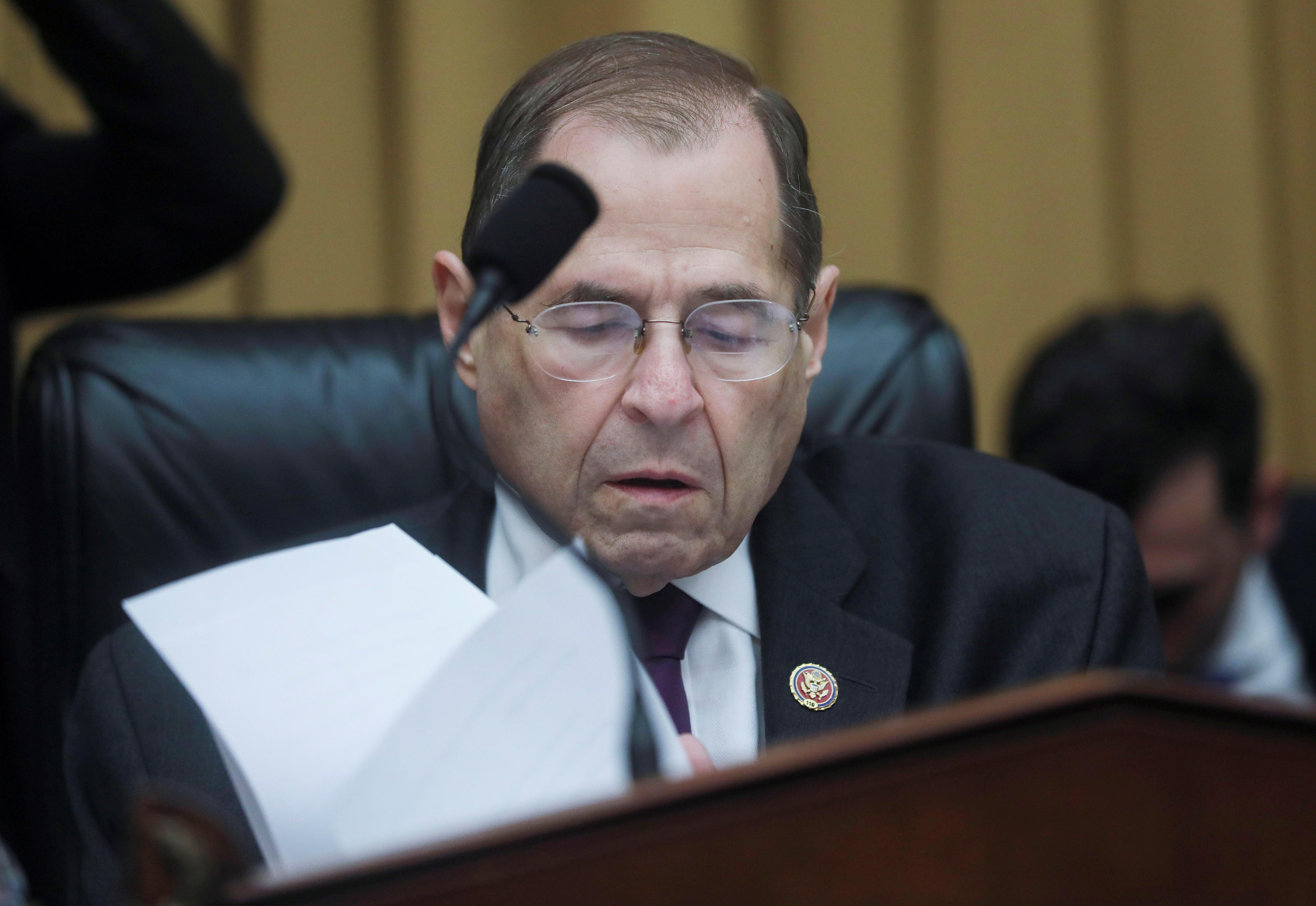 As the House Judiciary Committee began the first of a series of hearings to examine Mueller’s findings, the Justice Department relented after nearly two months of stonewalling and said it would provide evidence related to Trump’s attempts to interfere with Mueller’s probe.

The committee still will not get to see a full, unredacted copy of Mueller’s report under the agreement, said Jerrold Nadler, the committee’s Democratic chairman. However, lawmakers will get to see interview notes and other evidence, including “first-hand accounts of misconduct,” Nadler said at the outset of the hearing.

Nadler said he will hold off on a threat to bring criminal contempt charges against U.S. Attorney General William Barr. For weeks Barr had resisted a subpoena from Nadler’s committee to provide a full, unredacted version of Mueller’s 448-page final report and certain underlying evidence.

The Democratic-controlled House of Representatives still will hold a vote on Tuesday that would increase pressure on Trump by allowing the committee to sue the administration in federal court if needed over access to the report.

Nadler said a lawsuit may yet be necessary and added that Tuesday’s vote may force former White House counsel Don McGahn, a central figure in Mueller’s report, to testify.

The Justice Department will continue to cooperate as long as Democrats hold off on their contempt vote, spokeswoman Kerri Kupec said.

The agreement was announced hours before Nadler’s committee held a hearing featuring John Dean, whose testimony during the Watergate scandal helped topple former President Richard Nixon. Dean told the committee that Mueller’s report resembled a 1974 document that laid out the case against Nixon.

“Mueller has provided this committee with a roadmap,” he said.

Trump called Dean, a former White House counsel, a “sleazebag” on Twitter. “Democrats just want a do-over which they’ll never get!” he wrote on Monday.

Mueller’s investigation is one front in a broad battle between Trump and congressional Democrats, who are investigating his policies, conduct in office and private businesses. Trump has vowed to fight congressional subpoenas.

Released in mid-April, Mueller’s report found Russia meddled in the 2016 U.S. presidential election and that Trump’s election campaign had multiple contacts with Russian officials. But the report found insufficient evidence to establish a criminal conspiracy between the campaign and Moscow.

The report also outlined 10 instances in which Trump tried to interfere with Mueller’s investigation but declined to make a judgment on whether that amounted to obstruction of justice.

Barr has said he is required by law not to release evidence obtained from grand jury proceedings, and grand jury materials were redacted from the section of the report dealing with Russian interference in the election. But this was less of a concern for the section of Mueller’s report dealing with obstruction, which was based on testimony from voluntary interviews Trump advisers and other witnesses gave to Mueller, rather than grand jury testimony.

Representative Doug Collins, the top Republican on the House Judiciary Committee, said the agreement indicates the Trump administration is not stonewalling Congress and said Democrats should focus on the threat from Russia.

“Democrats are abandoning their duty to confront foreign interference in our elections in favor of drawing out their slanderous campaign against the president,” he said.