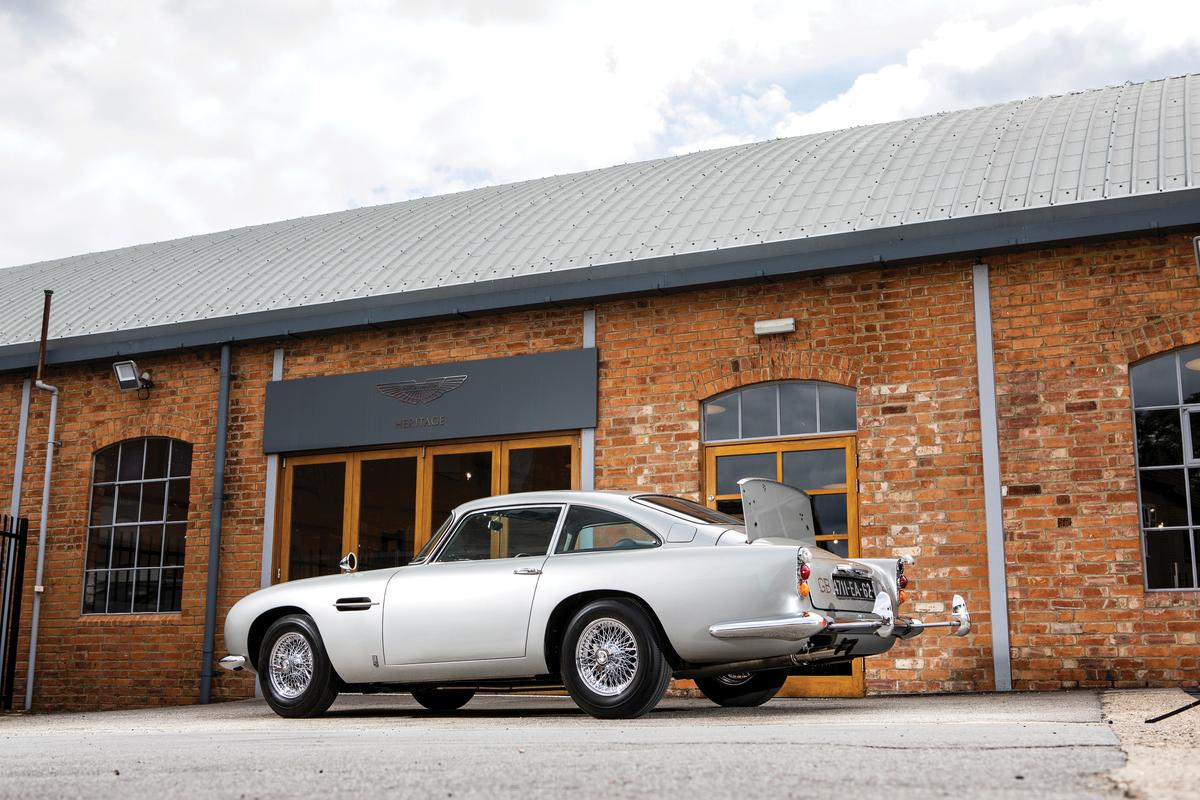 
LOS ANGELES (Reuters) – A 1965 Aston Martin DB5 outfitted with special gadgets for James Bond, such as tire slashers, machine guns and a bulletproof shield, will go up for auction in August, the auction house announced on Wednesday.

The vehicle painted gray is expected to fetch between $4 million and $6 million, according to a statement from RM Sotheby’s.

The car was never seen in Bond films, but matches the one that “007” – the code number by which Bond was often known – drove in the movies “Goldfinger,” and “Thunderball.”

The vehicle was commissioned by filmmaker Eon Productions and used at promotional events for “Thunderball” in the United States, the auction house said.

It includes 13 modifications created for Bond, including a Browning .30 caliber machine gun in each fender, tire slashers mounted on its wheel hubs and a bulletproof rear screen that can be raised and lowered.

RM Sotheby’s said the Bond modifications had been “properly refurbished to function as originally built,” and has had three private owners over 50 years.

The auction will take place on Aug. 15 in Monterey, California.

Collision of galaxies may have spurred our solar system's formation
13 project teams from UWC schools and the African Leadership Academy will be taking part in the 2020 Young Aurora
Virgin Orbit fails first rocket launch attempt from modified plane
Sedrak Asatryan. “Business and the business environment are being dismantled”
NASCAR back on track as F1 and IndyCar stuck in virtual world